Default apps, such as the Contacts app, the Downloads app or My Documents are automatically pushed onto the users’ devices. This applies equally for a device with a work profile or for a fully-managed device. If you want to block these apps from being used, you can place them on a deny list.

Do you use kiosk mode for fully-managed Android devices? If you want to make default apps available to them, you can create a allow list for these apps.

Note for fully-managed devices without kiosk mode! The Settings app cannot be placed on the deny list or allow list. If you want to prevent the use of this app, please use kiosk mode.

An example of the application of the deny list

An example of the application of the allow list

An example of the application of the deny list 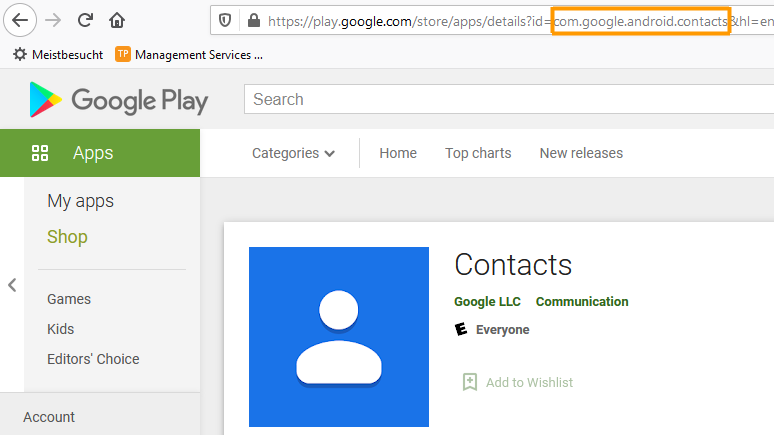 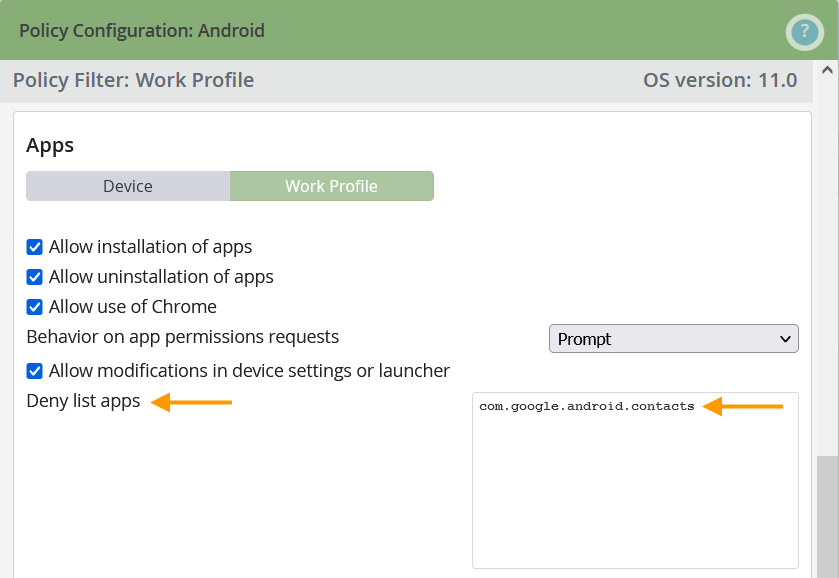 The Contacts app will then be removed from the work profile (left illus.). The user will find a list of disallowed apps in the Cortado app under Policies→ Apps (arrow in right illus.). 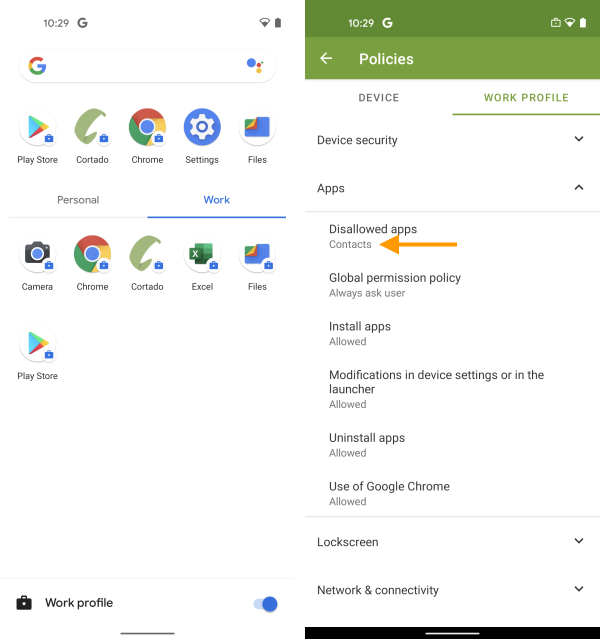 An example of the application of the allow list

Kiosk mode has been provided for the user of a fully-managed device. Along with the Cortado app, the Word app has been made available for the user (see illus.). Using a allow list, you can now give the user access to the Phone and Contacts apps, for example.