The Google integrity check (Play Integrity API) for Android devices is now available in the Cortado administration portal, where it replaces the Google SafetyNet verification. You can use the integrity check, for example, to detect rooted devices or to find devices on which bootloader has been unlocked. Both of these represent a security risk and increase the possibilities for attack from malicious programs. For Android devices that do not reach the desired security standards, specific measures can be defined in the administration portal, both under Settings (for all devices) as well as under Policies (for selected users/group templates/devices). Thus, for example, the work profile on a BYOD device can be locked or deleted if required, should an unlocked bootloader be detected by the integrity check.

Setting the action for non-compliant devices

Note! A device's integrity level is determined by Google. It can sometimes take a while until the result of this check to be displayed. In the interval, the integrity level None may appear here temporarily. In this case, wait a while and check the result again later. As long as no integrity level can be determined, there will be no action for non-compliant devices. 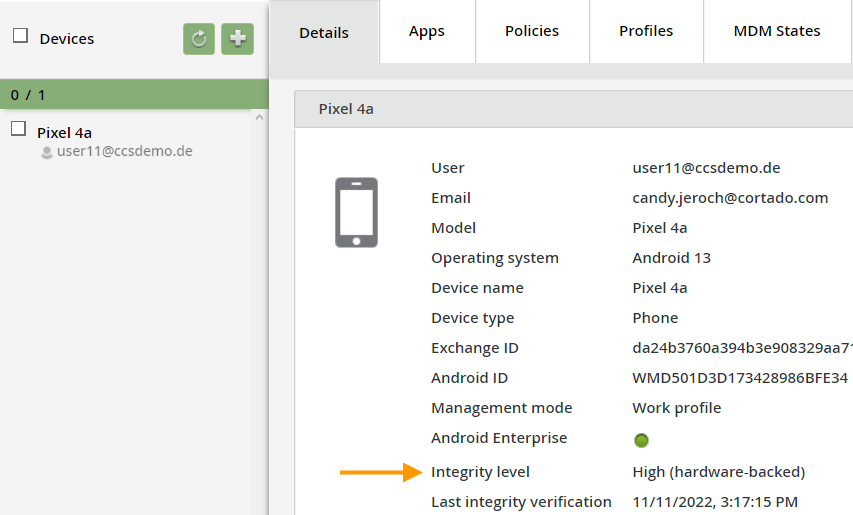 The following integrity levels for a device can be determined by Google: 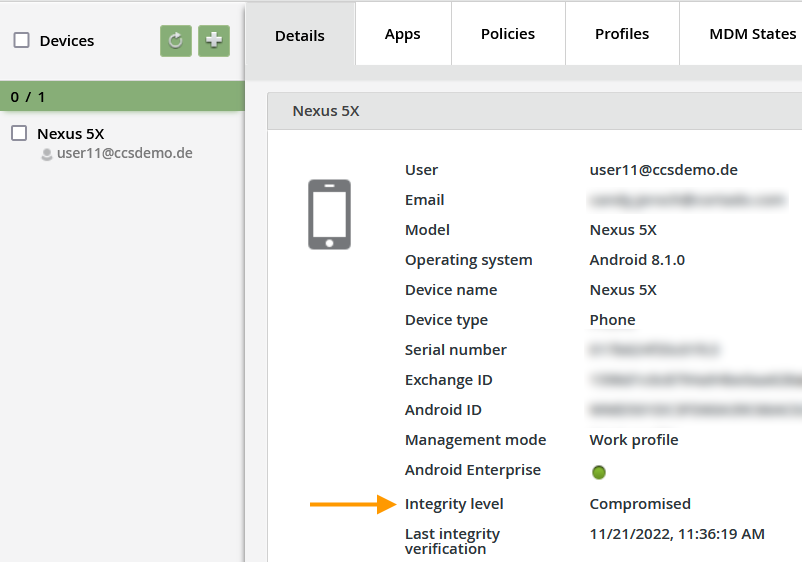 Setting the action for non-compliant devices

Set the minimum integrity level required for Android devices. If devices with a lower level than the one you set are discovered, the action you predetermined will be carried out.

If you want to set an action for non-compliant devices globally, for all Android devices included in the management portal, proceed as follows: 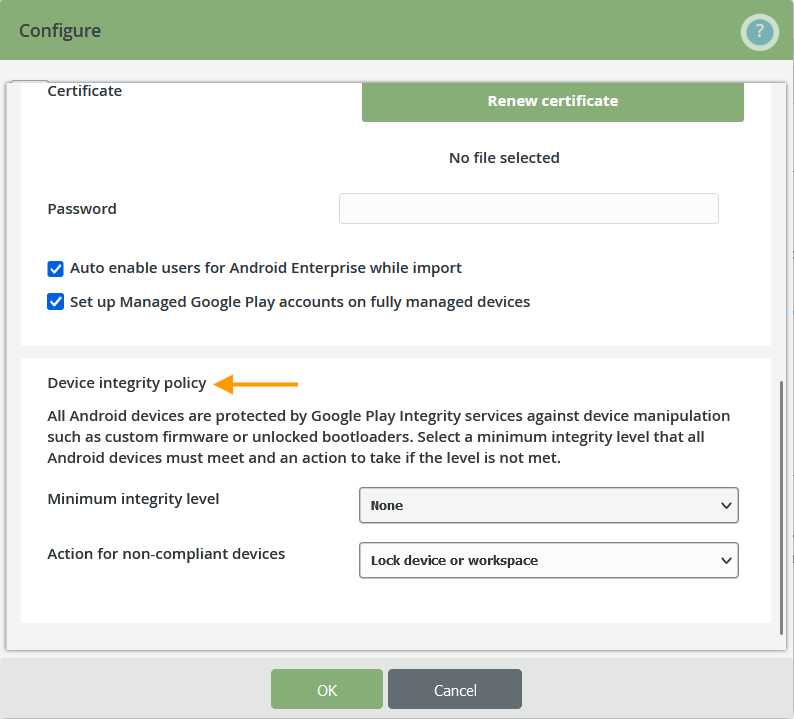 If you want instead to set the action for non-compliant devices only for certain users/group templates/devices, create instead a corresponding Android device policy.

It is generally sufficient to select the Lock option and then check the user’s device to determine what the problem is.

Locked devices can be selected under Administration→ Devices and unlocked with Unlock Workspace. However, the lock is repeated after 10 minutes if the cause of the lock has not been removed.

You can also put these settings in place in the Android Enterprise policies and thus determine different settings for selected users, groups, or devices. Depending on the circumstances, it may take up to 10 minutes after configuring the devices for these policies to take effect. If a configuration of the integrity level is made in the policies, it has a higher priority than under Administration→ Settings. The latter then applies only to those users for whom no corresponding policy has been created and distributed.