Thereby, potential conflicts due to classification of hierarchies of templates are avoided. Regardless of this, specific rights can still be assigned to individual users – as well, changes can be made to the templates, for new users only, or for all existing users.

If you want to assign different printers or settings to the various user groups (AD groups), you can create a dedicated group template for each group.  It doesn’t matter if it’s dealing with Cortado Server’s Active Directory or another; the only con­dition is that with several Active Directories a two-way trust must have been set up. 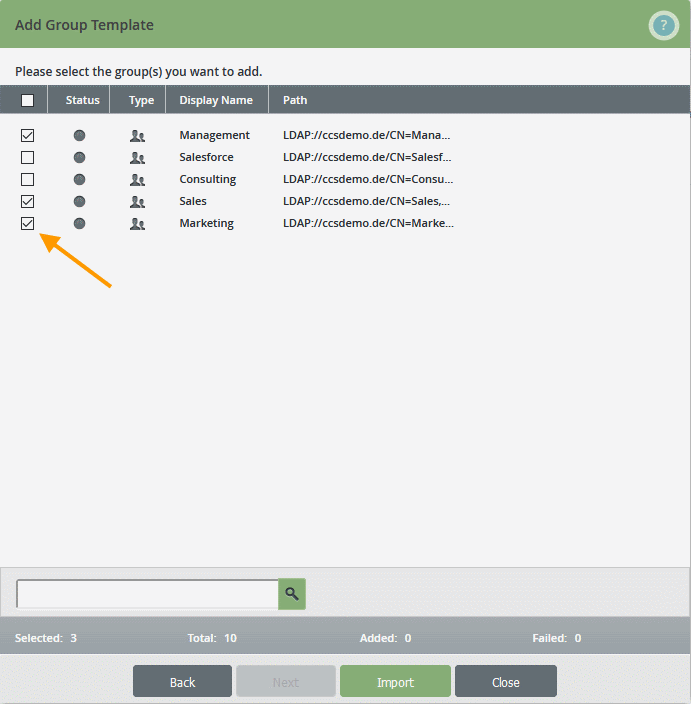 Then the new templates will be displayed in the left column.

Note! If a group template is created for an AD group, the members of this AD group are automatically imported into the Cortado server the first time they log in to the User Portal via the browsers of their mobile devices (see the article User import via group template). In the process, the template properties are assigned to the users.

If a user is a member of multiple AD groups, the valid template for him will be the one closest to the top in the tree structure. You can change the position of a template with the option Set Priority. Enter a 1 here to move the template into first position (after the Default User Template). With the options Priority Up and Priority Down you can move a template in single steps higher or lower. 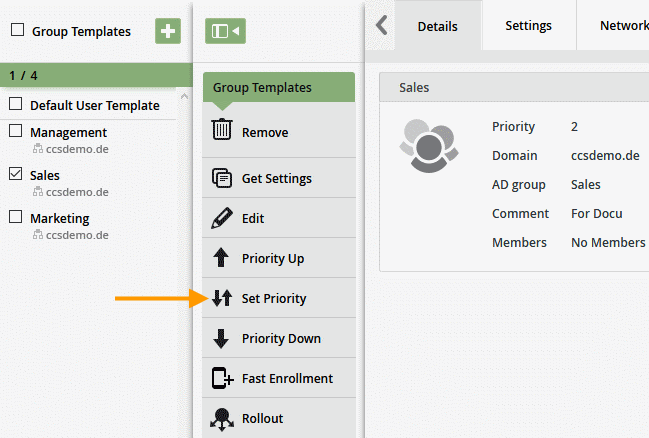 Note! If you set up a template for an AD group for which the users have already been imported into the user management, then the new template will only apply to those users imported after this time.

If, for example, a new printer is added to a group template, highlight the printer (left arrow in illus.) and then select the Rollout option (right arrow in illus). This allows a saving on data volume. If no printer is selected, all printers (regardless whether newly added or pre-existing) will be rolled out.

User management (under Administration→ Users) displays which group template is currently enabled for which user (left column in illus.). 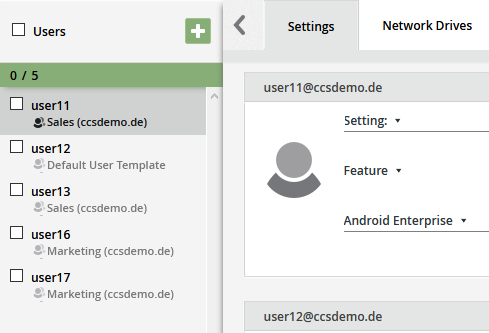